The pop diva was pictured licking her lips as she grips her forehead on the attitude-oozing artwork for the standard edition. RiRi tattoo the album title “Talk That Talk” on her arm. 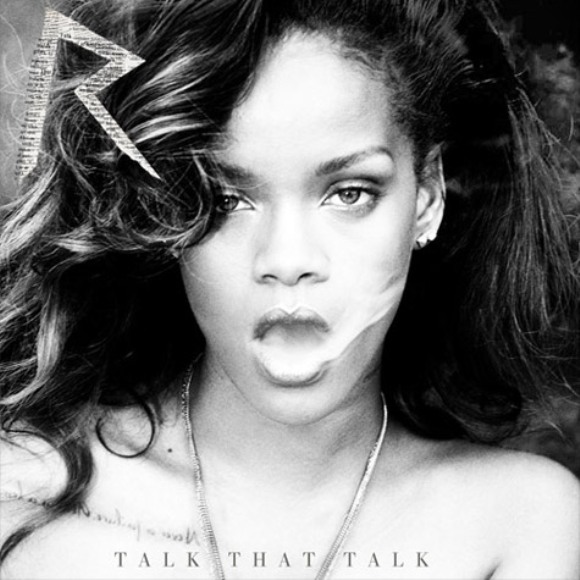 She also unveils a second black-and-white image for the deluxe edition, where smoke billows from her mouth as she gazes into the camera with piercing eyes.

Talk That Talk is due November 21, and features her new single “We Found Love” produced by Calvin Harris. The Melina-directed video, which she considers her best yet, will premiere later this month.