It’s no secret that Rihanna is a huge fan of reggae/dancehall music, and now we know who is her favorite active act in the genre right now, Popcaan. The Bajan pop beauty turn heads on Instagram as she posed topless while promoting her new line of Savage X Fenty lingerie. But it’s her caption that got dancehall fans excited, including fans of the Unruly Boss after she quoted some lyrics from his smash hit single, “Naked,” featured on his 2018 album, Forever.

Her post comes on the heels of Valentine’s Day celebration, where this Popcaan joint is, without doubt, a part of last weekend’s playlist. If you’re hungry for more music from the St. Thomas native, then you’re in luck because he also dropped off his Gyalentine’s EP on Sunday with some fresh new dancehall bangers fitting for love season. 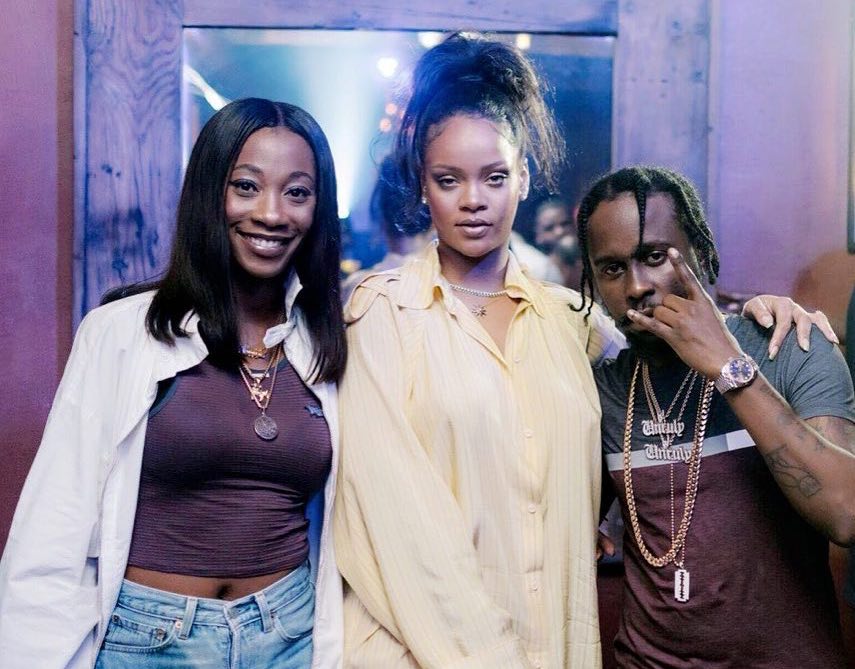 Fans are now calling for a Rihanna and Popcaan collaboration in light of her highly anticipated dancehall album R9, which she teased over the weekend. “A Poppy and RiRI collab would be fire make it happen sis for R9,” one fan wrote. Another fan added, “A collab is what we want this would be the biggest song of the year easy.”

Celebrities are also reacting to RiRi’s post on IG, with most alluding to how drop-dead gorgeous she is. “omg how are you so beautiful,” Chloe Bailey wrote while adding some heart eye emojis.

Rihanna is currently working on her oft-delayed R9 album, which she promised her fans will worth the wait. Her last project, ANTI, was released back in 2016, and despite it being half a decade old, the pop star remains one of the most streamed artists on the planet right now.

Urban Islandz previously reported that Rihanna’s next album will be a dancehall project as she goes back to her roots. Sources also told us that she could be dropping a double album with one part dancehall and the other part pop. Whichever genre she decided on in the end, one thing will always remain true, Rihanna, like the rest of us, love some good authentic dancehall music.