It’s a legend and legend linkup in the studio for Bounty Killer and Mya who are gearing up for a major collaboration.

We already know that Bounty Killer’s King Of Kingston album is going to bring some heat. Now it seems like he may have some international help as he recently posted a pic of him and American R&B veteran Mya in the studio together. It could be an indication that she will have a feature on the upcoming album or that at least some new music is on the way.

In the wee hours of this morning (July 30), Bounty Killer teased his fans with a shot of the pair in the studio. “Cooking up island fire with @myaplanet9,” which surely means we can expect a track.

Mya is, of course, no stranger to dancehall collabs, and if their track is anything like she and Beenie Man‘s “Girls Dem Sugar,” the Killer can look forward to global success. The Neptunes-produced song for Beenie Man’s 2000 studio album Art and Life. Of course, the genre has evolved a bit since then, so it will be interesting to see what Mya and Bounty Killer come up with. 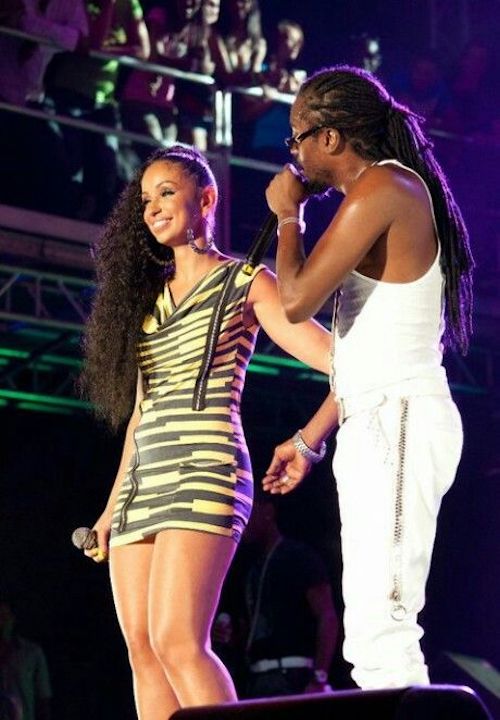 “Girls Dem Sugar,” which has over 16 million views on YouTube, was released in 2000 in the US and peaked at No. 54 on Billboard’s Hot 100 chart and No. 16 on Billboard’s Hot R&B/Hip-Hop Songs chart, making it one of Beenie Man’s most successful singles of his career.

One of the first to congratulate him on the potential collaboration was Beenie Man, his once enemy and now loyal friend.

“My G dem #MusicMode,” he said, to which Killer replied, “Maad&Mean.” Busta Rhymes also supported the news with a series of fire emojis. Charly Black chimed in, “This ago Turrrrrrble.” Fans also showed their support with fire emojis.

We previously reported that Killer’s long-awaited and highly anticipated album was close to being finished. As more news emerges about the album, some exciting features have been confirmed, like at least one track with Vybz Kartel.

The song will likely appear on Bounty Killer’s forthcoming album, King of Kingston, due sometime this year. According to one source, “Finishing touches going in right now this will be the biggest dancehall album of the decade.”