JT has gone and deleted all her receipts from Twitter.

They say that hat you put out on the internet is eternal, and JT has found that out the hard way. The City Girls star had some interesting opinions back in the day and chose to share them on social media. “I wish rkelly was here with me rn I know he would get me right,” read one tweet from July 2017, while others included calling Reginae Carter a “fat corny hoe” and stating that T.I.’s wife Tiny is not pretty.

JT also thought that Rihanna’s outfit at a Barbadian festival was “a mess”, and suggested that she would be fine if Magic Johnson infected her with HIV. 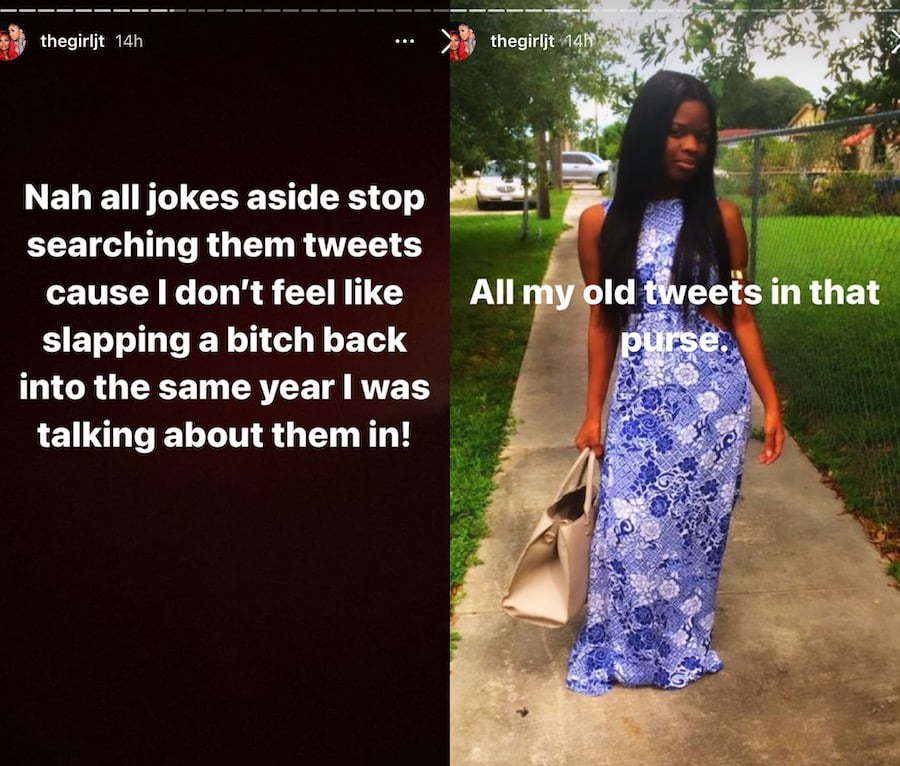 While everyone says stupid things at some point, those belonging to the “Jobs” came back to haunt her after fans dug them up. The cringe was apparently bad enough that JT decided to delete the whole Twitter account before any more gems from the past were dredged up. Retiring the @ThegirlJT handle, the Miami artist is now on Twitter as @f***yallb**ch11. “Nah all jokes aside stop searching them tweets cause I don’t feel like slapping a b**** back into the same year I was talking about them in!” she wrote on her Insta Story.

But it seems that it won’t be too long before JT returns to her old tweeting ways as one of the first posts on the new account reads, “I made it new page to tweet problematic again I’m problematic s*ck out my a** with a Kapri sun straw.”

Will you be following?

Not JT waking up for the past decade and chosing violence pic.twitter.com/8qRkNlpLmQ