Aging in the natural phenomenon that all living organisms go through, but it has been pondered for centuries if there is a fountain of youth that only a select group of people have access to. Fans are now convinced that dancehall baddie Ce’Cile possesses the key to access the youth fountain. How else can you explain the fact that she does not show any signs of again, even though she is inching close to fifty?

While the singer had been around music from the 90s, she got her first real taste of stardom with her 2001 Sean Paul collaboration titled, “Can You Do the Work.” The song would later be added to Sean’s Dutty Rock album, which went on to snag a Grammy win and over 2 million copies sold in the US. She followed up with “Changez” a controversial song, hitting out against many of the industry’s biggest male performers at the time. 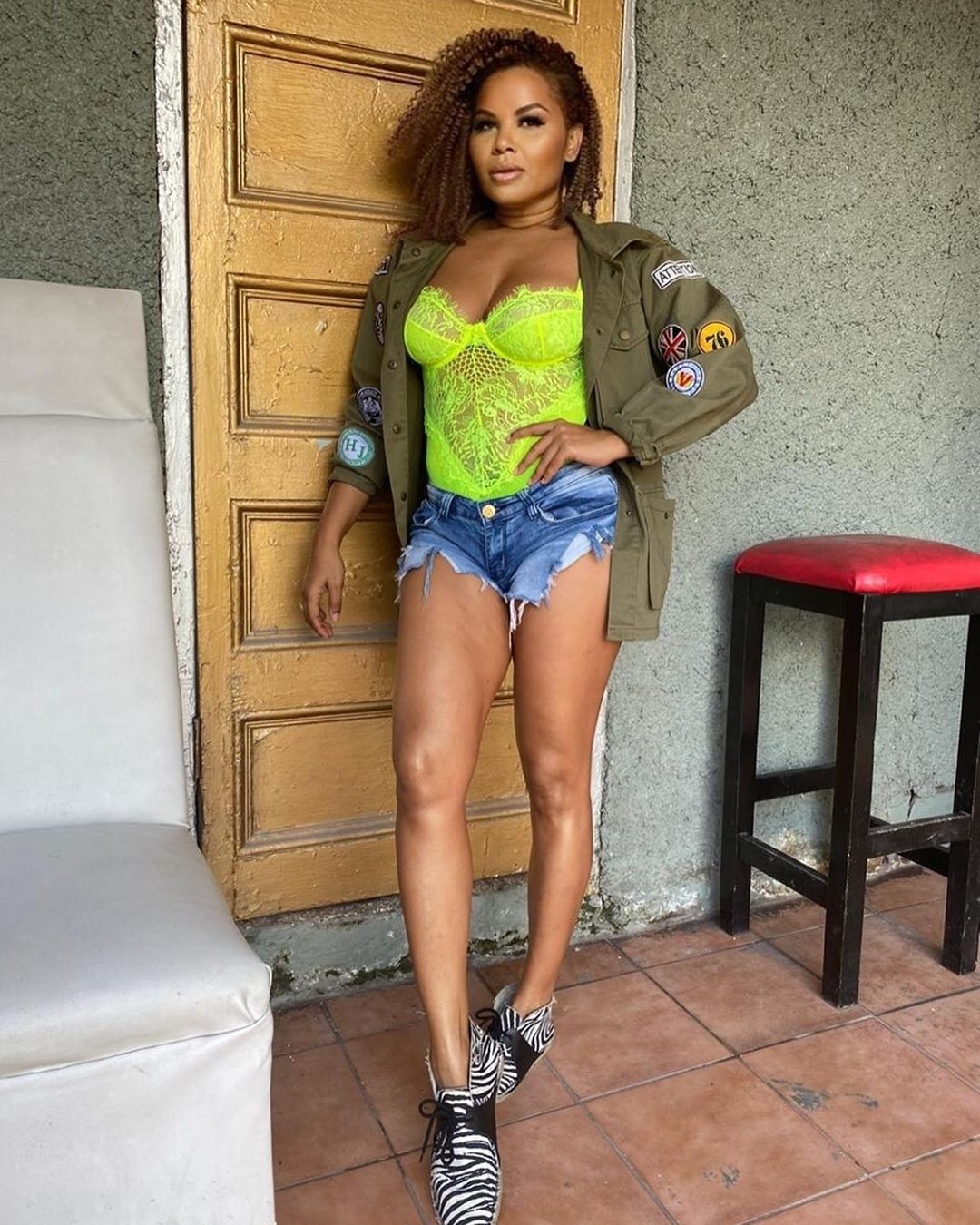 Armed with a truly seductive look, Ce’Cile has been setting thirst traps from the early days of her career. Her debut album Bad Gyal was featured in Germany’s version of the popular Playboy Magazine. While she did not perform a complete strip-down as what is usually done by Playmates, she still managed to create quite a stir.

The 46-year-old, who has a large portion of her fanbase located in Europe, recently posted a pair of photos that now have fans wagging their tongues for more. Ce’Cile is sporting a lime green laced top, blue booty shorts, a rustic looking oversize shirt, and a unique pair of zebra printed Clarks desert boots. While maintaining a crouched position, the singer showed off some of her best poses and assets. The move led at least one fan to compare her to American rapper Megan Thee Stallion, who is well known for setting thirst traps, as well as her twerking skills, which requires strong knees.

“Ce’cile the Stallion,” the fan remarked before using her own folly to emphasise just how difficult the move is, “Si cause my knee dem bad.”

Another person asked about the unique Clarks she was sporting by taking a line from Vybz Kartel’s 2010 hit “Clarks.” “Weh yuh get da new Clarks deh pardie? Which color dat…” he asked. To which Ce’cile replied, “from me x man enuh pawdy.”

My hope is to only attract those that possess basic human decency, respect for self and others and loyalty. Nothing else matters. Styled by @ayanariviere hair by @karra_collection Makeup by @baddbelizean (this was one of my fav shoots ever) @damien.sandoval #tb #la

The singer was previously in a longterm relationship with fellow dancehall/reggae star Christopher Martin. The two welcomed their daughter Christiyana Martin in 2012.

The mom of one who pegs herself as the “bad gyal” of the dancehall got a plethora of other positive comments. At least one person wanted to know the true secret behind her youthful appearance. “@badgyalcecile looking like you are 15 turning 16. What’s your secret…please don’t say it’s drinking water,” commented the fan.

My favourite piece of Wood! Gots to swing by daily! I started loving purple 5 years ago!!! Jussaying ? #bigbig #lookatmenow #BIGBIG

The singer did not hesitate to disclose that she drinks “coconut wata.” While she didn’t state the correct dosage, the answer should definitely push persons in the right direction. At least one fan knew of another secret to her beauty, and it seems to entail keeping to oneself. “This is how you look when you mind you business and drink you water!” – went the comments.

“One thing wid are she nuh age a raas look like she age backward ,always look good body nice and bare suppn,” commented another fan. Prominent dancer Dancing Rebel was also blown away by Ce’cile’s look, which led at least one other fan to conclude that the legendary browning looks even better in person.

The singer’s Instagram page boasts numerous other gorgeous photos, showcasing her sensuality along with her real bad gyal persona.