Since the tragic death of George Floyd three weeks ago, the world has begun to open its eyes to the plight of black people. Through fierce and unwavering activism, awareness has been created for the Black Lives Matter movement, with business owners, politicians, celebrities, and ordinary folk across the spectrum, raising their hands in solidarity. Now, Chris Brown’s daughter is raising hers too.

Royalty Brown is all of 6-years-old, but the young girl knows what’s up. On Sunday, her mother, Nia Guzman, recorded her designing her own Black Lives Matter logo on a piece of red cardboard using an airbrush. As the “Blow My Mind” singer is known for his love of graffiti, it seems he passed on the creative gene. Breezy was undoubtedly proud of his little princess and shared the video which Nia took to his Instagram account. 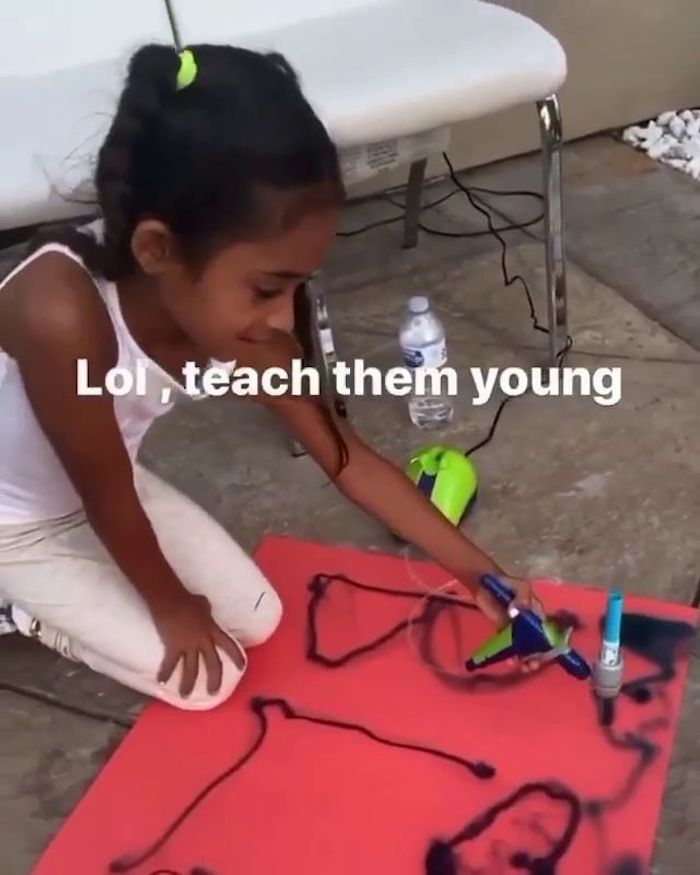 “Lol, teach them young,” was written across the clip that had RoRo telling her mom that she was making a sign that declared Black Lives Matter. “They sure do,” the model answered. “You’re doing a great job, babe.” Aside from the activity being important, the pigtailed child is adorable, so it’s hardly surprising that the video has been viewed almost 1.7 million times.

Chris Brown continues to flood his IG feed with content of his firstborn being cute, and recently let fans in on Royalty’s birthday party. Royalty turned 6 in style with a colorful parade, “Happy birthday RoRo” spelled out in big block letters, friends driving by to drop off gifts, a professional photoshoot, and an enormous pink cake in the shape of the letter “R.” Her dad also gifted her exactly what her heart desired — a pair of pet birds.

Perhaps next year she’ll ask for her own airbrush.