Only Kanye West can pull off stunts like these.

Kim Kardashian Opens Up About Marriage, Baby With Kanye West

The fashionable rapper complete his outfit with a whit suit, mocassin sneakers, and black peacoat.

Last month Kanye West surprised fans at his Atlantic City show when he stepped out on stage wearing a mask.

Master P Calls Out Rappers In Dresses & On Skateboards [AUDIO]

Kanye West, who is expecting his first child with girlfriend Kim Kardashian, is reportedly working on a new album due later this year. 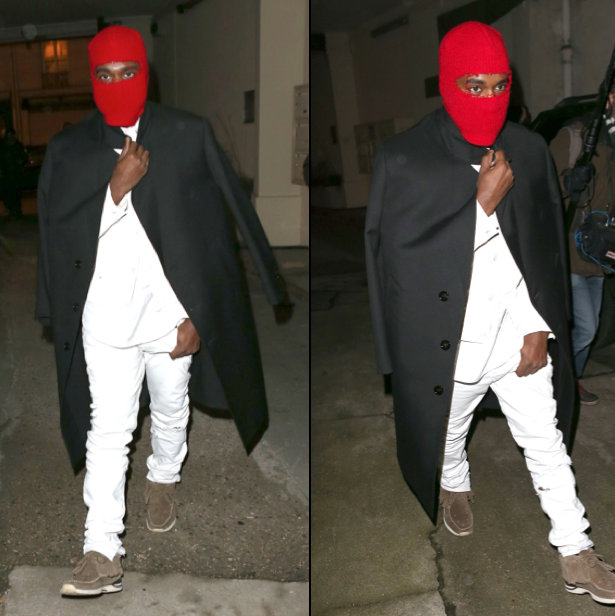